Generation Z (or post-millennial’s) is the collection of young “tech savvy” adults who were born in the late 1990’s to present day, and they have proven to be the most technology-friendly generation to date. Generation Z has contributed $44 billion to the US economy but their spending is estimated to increase from 25% to 40% within the next decade. 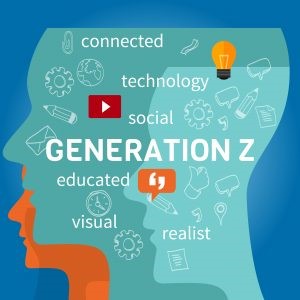 Social media platforms like Facebook, Twitter, and Instagram allow them to absorb information– not only about the world– but about their friends, family, and neighbors. This makes smartphones, tablets, and laptops not only a means of communication and absorbing new information, but it’s also a new form of relaxation.

Why is Generation Z consuming so much technology?

The answer is simple; they have grown up in a digital world, becoming accustomed to the advantages of technology driven devices. Approximately 80% of teens were given their first smartphone between 11 and 13 years of age.

Craw-Kan has taken on this issue head first, accommodating the tremendous demands of Generation Z. As an established internet service provider, Craw-Kan focuses on providing the best internet and wireless services around.  We have implemented many options for consumers to gain optimal network usage, so if you’re interested, contact Craw-Kan today!